18 There be three things which are too wonderful for me, yea, four which I know not: 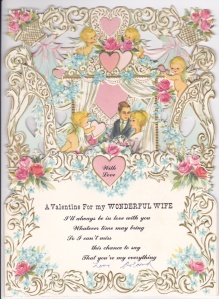 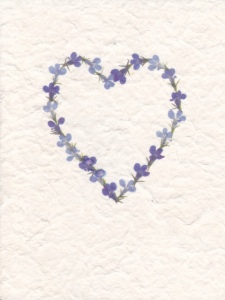 First, my father was my “Valentine,” because that was his middle name. I’m sure he was the first man I ever loved: Richard Elmer Valentine Groves. He was born in 1906, fell in love with my mother, Thelma Smith, and asked her to marry him…three times. She never did say, “Yes,” but my dad had a good reply for her. “You say no with your lips, but your eyes say, ‘Yes, Yes!'” They got married and had five children. I am the last…the baby, as my sister likes to remind me.

The next valentine for me was my junior high school sweetheart, my first love. We were young; he was intelligent, a wrestler, the son of an east side grocer in Des Moines, Iowa. You never forget the first guy who stole your heart…young love. I’ve never forgotten a young man named, Michael (Mike) Eugene Waltz. His was my first kiss, my first holding hands, my first true love. But it wasn’t meant to be. We broke up the summer of 1960. I was devastated. In my back yard, I burned all of his love letters, crying all the while. That act of getting rid of his letters finalized our relationship.

Before long, I met the best man in the world, the one I would marry and love forever. Roland Gross, an identical twin, was in Iowa home on leave from the US Army, stationed at White Sands Missile Range, New Mexico. I had twin girlfriends (Jane and Joan) and a friend thought it would be neat to match up twins with twins. However, Joan already had a boyfriend…and at that time, I didn’t. So, the only way I can describe the attraction between Roland and me was quite cliché. Yes, it was “love at first sight.” We wrote numerous letters to each other and got married on his next leave, just two days before Christmas 1960.

Here’s a poem I wrote to my “Valentine,” several years after we were married.

I never expected to meet you, my love–/Not at sixteen–no, surely not then./But you came in military green, on leave, my dove./The brief days we had together bonded our hearts ’til death–we know not when.

“I’ll marry you, someday,” you said,/and then went away./Neither child nor soldier could stay.

The letters we wrote opened our souls/and sealed our fate./On your next leave, in a dress of white lace,/I became your mate.

Over thirty years now we have had one long embrace./Your bride I’ll always be, for you bring out/the child in me. ###

On days like today, Valentine’s Day, I miss the man who won my heart without even trying. He is in the loving arms of our Lord, and I’m left with wonderful memories of a love that will last forever.

I hope you have a Happy Valentine’s Day. The best part of the day is when we remember how much God loves us. Do you have “love story” to share? I’d love to hear all about it. You might need to skip a few details, though!

Note: The pictures are of the last Valentines we exchanged.

5 Responses to A Valentine Mystery