Curious George Didn’t Monkey Around with the Nazis 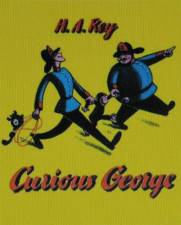 A harrowing escape is the fiction of today’s action movies and thriller novels, but Jews fleeing the Nazis during the Holocaust is a reality of danger that most of us cannot imagine. If it weren’t for the little monkey, “Curious George,” then known as “Fifi,” authors Margret and Hans “H.A.” Rey may never have made it out alive.

In September 1939, the Reys, both Jewish, were Brazilian citizens living in Paris, writing and illustrating children’s books. They worked together on a book about a  young monkey who was forever getting into trouble but finding his way out. French publisher, Gallimard, signed a contract with the Reys for The Adventures of Fifi and gave them a cash advance. The money later financed their courageous escape.

By May 1940, refugees were pouring into Paris, because the Germans had marched into Holland and Belgium. Mr. Rey built two bicycles from spare parts and with his wife, their artwork, and manuscripts, they headed south. They joined millions of refugee who fled while German planes flew overhead.

In a farmhouse or stable, the Reys found refuge continuing to take a train or bicycle to Biarritz as they journeyed on to Spain and then Portugal and Rio. As Brazilian citizens it was easier for them to get visas, but due to their German accents, they were thought to be spies. One official searched Mr. Rey’s satchel. When he only found “Fifi” and the children’s story, he released them. In a telegram to his bank, Mr. Rey wrote: “Have had a very narrow escape.”

When the Reys sailed to New York in October 1940, “Fifi” was renamed, because the publisher thought a male monkey should not have a female name. “Curious George” made his new name debut in 1941. Even several years after the Reys’ death in 1977 (Hans) and 1996 (Margret) the books have sold more than 30 million copies around the world.  The “Curious George” books remain popular today.

Have you ever wondered about some narrow escape in your own life? Why did you “make it out alive” when according to the danger, you should have had a different outcome? Sometimes, the only reasonable explanations is: God. If something had been just a little different, who knows what might have happened. The Nazi officer found a cute monkey drawn with color pencils, charcoal and watercolor. He was distracted, amused…a Nazi! In my opinion, only God can be responsible for the Reys’ escape. 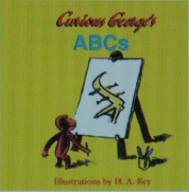 Through His Son, Messiah Y’shua, God is responsible for the whole world’s escape from an eternity apart from Him. When that heavenly “officer” sees the Scripture or “manuscript” and the “image” of Jesus on our hearts, He lets us escape final judgment. I say this respectfully: God doesn’t monkey around, either.

What are your thoughts about personal danger and escape?

Note: Research for this post was found at www.nytimes.com in a 2005 article, “How Curious George Escaped the Nazis,” by Bisitta Smith. For additional information, you may read Louise Borden’s book, The Journey That Saved Curious George: The True Wartime Escape of Margret and H.A. Rey. Visit www.louiseborden.com.  Also, The Jewish Museum in New York City has displayed the Reys’ papers and documents.